Mediation for workplaces, organisations and couples

Let us deal with it - Expert mediation for effective dispute resolution

As an experienced professional mediator, I support people in workplaces and in personal relationships to find a way forward in times of conflict. I mediate disputes between couples and interpersonal conflicts between two or more people in a team, with excellent success rates.

Mediation focuses on the issue, addressing the real needs of each party and what really matters to them. It equips people with the skills to resolve their differences so that they can get on with their work and life with less stress and anxiety. Mediation changes relationships and transforms workplaces into more pleasant places to be. 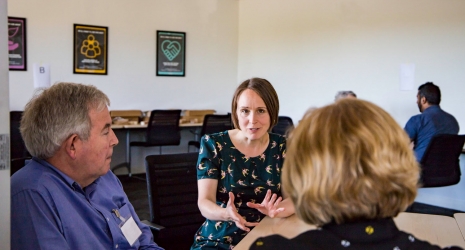 Employee tribunal cases are on the rise. With the average cost of an employee tribunal at £8,500*, employers are looking to external mediation as a cost-effective and efficient alternative.

The average cost of a workplace mediation case involving two people is £1,200.

The Benefits of Mediation 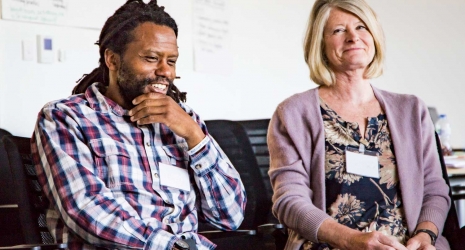 Who I work with

I mediate in conflicts at all levels of industry, education, in community organisations and for families and couples in crisis. I resolve disputes at executive level in industry, NHS trusts and other public sector bodies. I support voluntary organisations, churches and religious groups to relieve tension and conflict within their congregations. I also offer supervision of mediators.

Mediation is a realistic and effective form of dispute resolution. If you are struggling with conflict or have a challenge that you can’t resolve yourself, please contact me. I will listen and use all my skills to help you transform your situation – for good.

I create a space where people are heard and understood and their perspective is valued and valid. Participants leave my sessions knowing they’ve had an opportunity to express their perspective.

John** was a manager in a sustainability based organisation, Environmental Programmes Consultancy (EPC)**. EPC works with a wide range of public sector and business clients on improving environmental sustainability.

In the one year that he had worked for EP, John had found the relationship with Pete**, one of the key members of his team, particularly challenging. Pete regularly undermined him in team meetings and was generally uncommunicative and withheld information. John had tried various approaches to draw Pete out, but none had been very successful. While he found the relationship difficult, he also thought that Pete was excellent at his job and was concerned about losing him.

John heard about mediation through a personal friend and thought it would be worth a try, although he didn’t hold out a lot of hope. However, he took the plunge and asked Pete whether he would consider it, explaining that it was independent from management and a voluntary process. Pete was unsure at first but agreed that his phone number could be passed onto the mediator for a conversation.

John called me at Peacebuilders and gave the background to the situation. I spoke on the telephone with Pete and it emerged that Pete felt railroaded into a project by John and described some of John’s behaviour as bullying, citing one specific incident. He also mentioned that he was looking for other jobs.

At the individual meeting with John and Pete, each of them agreed to a joint meeting. Pete spoke of his suspicion of the process but agreed to give it a go.

At the mediation meeting, I set the stage and carefully guided Pete and John through a structured exploration of the issues. Pete brought up two key incidents in team meetings that he felt aggrieved by and John listened. John, in turn, then explained some of the decisions that had been made and where they were coming from. John also expressed his appreciation for Pete’s contribution to the team. The key incidents were explored in some depth and both John and Pete expressed regret for what had happened and made apologies to one another. They were each able to understand better where the other person was coming from and agreed to deal with problems sooner next time.

(**Not their real names. Names and some other details have been changed to protect confidentiality.)

"Since our mediation session we’re working better together and things are different. I now know where he is coming from and I’m aware of this when we’re in meetings together. It’s led to a more positive way of communicating. I’m being given more respect and space to talk. He is responding to me differently too.I was hesitant to do mediation as I really don’t like confrontation and, although it wasn’t easy, I’m really pleased I did it as it has made things so much better. I would definitely recommend it to others. I think a lot of people would benefit from mediation to promote better working relationships with others."

Wondering if mediation could help in your situation?

Get in touch here.